Then, simply draw, type or upload an image of your customized autograph within seconds. Moreover, you can outline it directly onto a touchscreen if you are on a tablet or mobile device. You can do much more: Make your own templates of eSignature contracts and agreements or use ready-made forms from Signnow's extensive library.

Place signature fields wherever you want on the page.

Send a record to sign to either single or multiple recipients at once. Establish a specific signing order for forms.

Create and send a Signing Link or Customized invitation. Set the second layer of authentication or request additional files, etc. And these are just a few of our features.

See what else our platform has to offer by creating your free account today! How do recipients sign documents with SignNow? Our streamlined e-signature software makes it extremely simple and convenient for any customer, partner or employee to sign and return documents in a few quick clicks.

No registration is required.

After someone receives a signing link or email invitation, they can e-sign the template in the quickest way possible: by typing, drawing or capturing the signature with their camera. What document formats does SignNow support for e-signatures?

Our forward-thinking platform works with the most widespread and frequently used formats like PDF. PDF is known as the most reliable format for transmitting and storing information. The application allows users to make PDF files editable.

They can also easily e-sign docs for further safe storage and sharing. Can Signnow's electronic signatures be used on mobile devices?

Moreover, you can work even when you are not connected to the Internet. With our web-browser solution, you can work with documents from any device. And when you're offline, you can continue the process due to specially designed mobile applications for both IOS and Android. Feel free to use it even during air travel!

How does SignNow charge users? If you need to sign a couple of legal contracts per month, use SignNow for free. If you want a steady solution for small and medium organizations, our business and premium payment plans are smartly designed for you.

If you need a large-scale deployment for multiple users in multiple departments or companies, contact us, and we will customize a solution specifically for your needs.

We are flexible and this is reflected in the cost of packages that will satisfy any specific requirements you may have. Register for a free trial first and check the pricing to choose the best variant for you!

A year-old male with a prior history of epilepsy presented with focal clonic seizures. His seizures were refractory to multiple anticonvulsants and eventually required pentobarbital coma for 62 days and midazolam coma for 33 days.

Elucidation of pathophysiology and triggers might help in emphasizing clinical paradigms of management that lead to better outcomes.

The serial images show development and progression of diffuse cerebral atrophy. He presented to an outside facility initially with altered mental status, suggestive of a stroke-syndrome, along with focal clonic seizures of his right face along with nystagmus. While at the OSH, he required sequential addition of benzodiazepine, phenytoin, valproic acid, and levetiracetam for his seizures. His seizures were refractory to these therapies, and propofol infusion was started.

He was eventually transferred to our hospital. Ongoing nonconvulsive seizures originating from the left hemisphere were seen on continuous electroencephalography EEG. Due to failure of multiple agents, including propofol, therapeutic barbiturate coma was initiated on the 11th day from status epilepticus onset. He was maintained in a pentobarbital-induced coma for 62 days with multiple failed attempts at weaning.

The maximum rate of the pentobarbital infusion was 7.

The pentobarbital was weaned systematically with first attempt at 24 hours from initiation and then 3 days and 7 days from start of barbiturate coma.

Further attempts were then made during this time as clinically allowed as anticonvulsants were introduced and optimized. Additional anticonvulsants included lacosamide, topiramate, ketogenic diet, phenobarbital level After 62 days on pentobarbital, he developed septic shock requiring vasopressor support and broad spectrum antibiotics.

He was weaned off the pentobarbital and started on midazolam infusion. He remained on midazolam infusion for additional 33 days. Given his past history, there was concern for an undiagnosed metabolic disorder as the etiology for his unclassified epilepsy syndrome. He was started on arginine, carnitine, riboflavin, coenzyme Q10, folinic acid, creatinine, vitamin E, and vitamin C.

He had an extensive workup for the etiology of his status epilepticus.

Plasma amino acids, acylcarnitine, pyruvate, ammonia, and urine acids were obtained and were unremarkable. Mitochondrial DNA screening panel was negative for disease causing mutation. POLG1 sequencing was unremarkable as well as methylmalonic acid, homocysteine, vitamin B12, and sialic acid levels in the urine.

Additionally, testing for fluorescence in situ hybridization FISH , single nucleotide polymorphism SNP array, myotonic dystrophy, Charcot-Marie-Tooth, paraneoplastic panel, and thyroid antibodies were unremarkable. Muscle biopsy showed myopathic changes consistent with his critical illness. Over the course of hospitalization, he had serial MRI brains performed, including an admission MRI at our institution 11 days from onset; Figure 1 b.

Diffuse generalized atrophy was noted in comparison to prior MRI Figure 1 a. 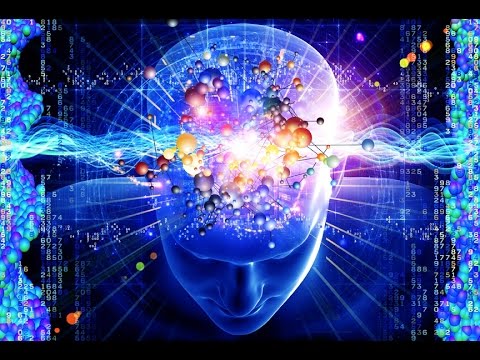 The diffuse cerebral atrophy significantly progressed by 31 days and days from onset of status epilepticus Figures 1 c and 1 d , resp. He eventually was discharged to a long-term acute care facility. On neurological examination prior to discharge, he would spontaneously open his eyes but would not follow commands or track examiner. He would not attempt to speak. He had flaccid quadriparesis.

He required ventilator support. It remained unclear as to the etiology for his refractory status epilepticus.

Discussion This case illustrates the rapid development and progression of global cerebral atrophy in a patient with super refractory status epilepticus requiring pentobarbital coma for a total of 62 days with 11 days of presumed nonconvulsive seizure activity prior to the definitive treatment with pentobarbital.

A key finding in this case is the development of cerebral atrophy most notably at 31 days and continued progression of the cerebral atrophy at days.In order to visualize the distribution of endogenous peroxisome matrix proteins together with the peroxisomal membrane, we used two-color STED imaging on peroxisomal membranes labeled by anti-PMP70 together with anti-catalase CAT1 or anti-acetyl-CoA acyltransferase1 3-ketoacyl-CoA thiolase, ACAA1 antibodies directed against peroxisomal matrix proteins Fig.

These complications may not be directly related to the medications themselves itself, but rather a reflection of the immobile, critically ill state [ 5 ]. Further attempts were then made during this time as clinically allowed as anticonvulsants were introduced and optimized. Our uniform solution works with any device and operating system and can be easily integrated with a wide range of business apps — Google Drive, Oracle, Salesforce, Office , Egnyte, NetSuite, etc.